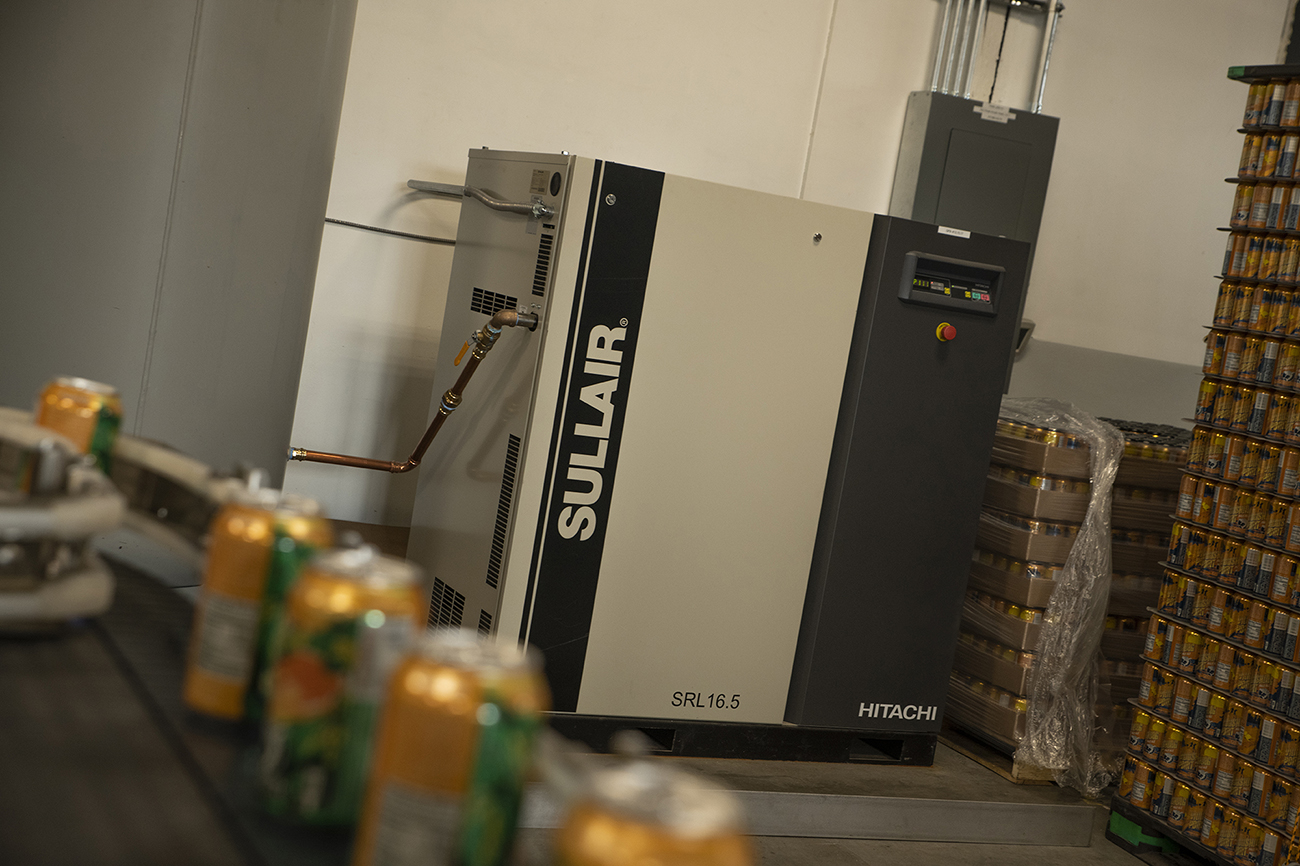 Headquartered in Seattle, Wash., Ghostfish Brewing Company is the largest producer of dedicated gluten-free beer in the United States. In 2015, Brian Thiel, co-founder and co-owner of Ghostfish Brewing, set out to find a way for those with Celiac disease to enjoy better tasting beer. Ghostfish constantly pushes the boundaries for better—and the results speak for themselves.

Only six years later, Ghostfish Brewing is available for retail purchase in 19 states (and growing); is available for online ordering in 30 states; and has the #1 dedicated gluten-free IPA sold in the US: Grapefruit IPA, based on sales volume. They’ve also announced plans to expand and double their capacity to keep up with growing demand.

When most people think of beer, they likely do not think of compressed air; but without compressed air, beer would not make it into bars and homes around the country.

Ghostfish Brewing upgraded from a reciprocating compressor that “belonged in the compressor hall of shame,” said Thiel, to a Sullair SRL 16.5 oil free scroll compressor and a SR100 refrigerated air dryer.

“Our previous compressor was unreliable, and we need something highly dependable,” said Thiel. “When the beer is ready, we need to be able to package it during that timeframe, and Sullair allows us to do that.”

Compressed air is vital throughout Ghostfish Brewing Company’s canning process—from affixing can tops, to blowing water off the top of the cans, to applying plastic can carriers. Additionally, compressed air is used in the keg washing process.

Thiel added, “It’s dependable and reliable for us. Now that we have a Sullair system, I can sleep well at night.”

And Ghostfish Brewing Company beer lovers can sleep well, too, knowing that their favorite beer will continue to be at their neighborhood haunt or on the shelves of their local liquor store without fail.