Which Came First, the Rotary Screw or… 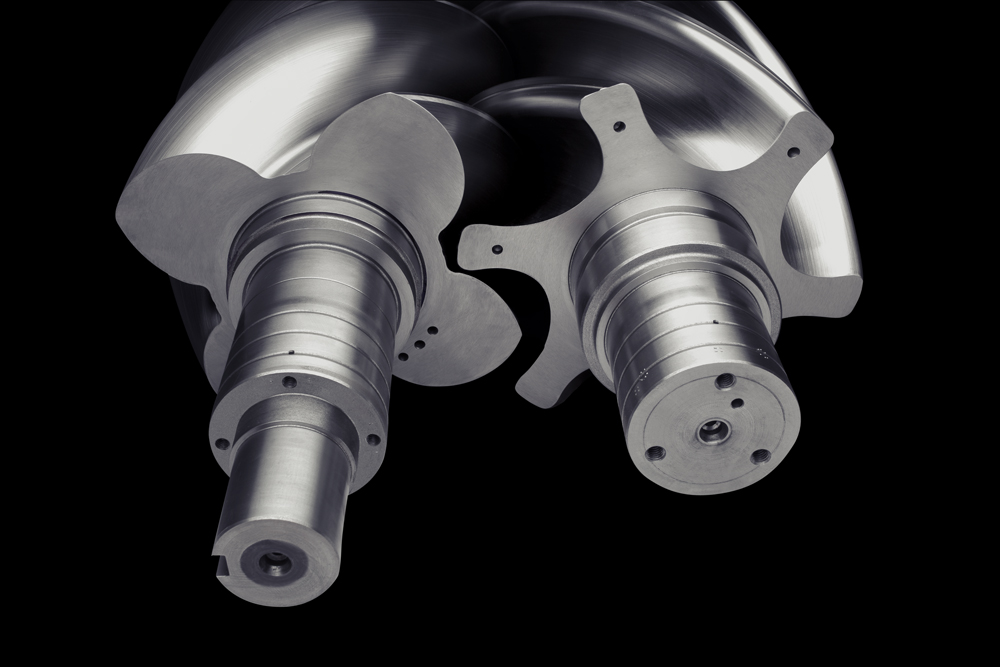 Everyone involved in rotary screw compressors knows the story. Alf Lysholm, Chief Engineer with the company which would become Svenska Rotor Maskiner AB (SRM), invented the Twin Screw Supercharger in the 1930s which led to the development of the Lysholm Compressor in the 1940’s and the rest, as they say, is history!

While it is true Lysholm and SRM were primary drivers of the expansion of rotary screw technology, the inspiration actually came from Germany in the late 1870s. On March 24, 1878, a German engineer named Heinrich Krigar of Hannover obtained patent #4121 for Schraubengebläse – or “screw blower.” Krigar would go on to obtain patents 4760 and 7116 that same year – all building on his original concept. The original patent was a 2+2 helical lobe compressor capable of making less than 2 psig!

The challenge for Krigar? While he could dream it, manufacturing technology of the time did not enable commercial production of his invention. However, perhaps it is

Fast forward to the next century where we pick up the familiar story. Lysholm and SRM spent a decade plus tinkering with various rotor lobe combinations – 3+3, 3+4, 4+4, 4+6 and 5+7 to finally deliver the flooded rotary screw compressor, right?

Not exactly. The original designs were actually all dry-running screw compressors or, as we now refer to them, oil free. SRM tested 25 different rotor combinations between 1947-1950 including utilizing another lobe combination of 3+5. This led to the publication in 1951 of three different SRM reports which opened the possibilities to actively manufacture rotary screw compressors. Not only did SRM begin licensing this technology in the 1950s, they also worked closely with other manufacturers to design machines for rotor-milling – specifically J. Holroyd & Co. These initial compressors were very robust with many performing optimally for 30+ years.

Sullair owes its beginnings to SRM as well. The original licensing agreement between SRM and the company which would become Sullair was signed July 14, 1965 – what we now know as Sullair’s birthday!

With this expansion has come more testing, tweaking and experimenting. There are literally thousands of patents worldwide now in rotary screw technology – focusing on everything from the shape of the rotors to the number of lobes to even the number of rotors used for compression. While two is certainly most common, patents have been granted for three rotor compressors and single rotor compressors have been made available commercially. The proliferation of patents led the authors of the paper Opportunities for Innovation with Screw Compressors to comment, “It appears that, in the field of screw compressors, patent experts are as important as engineers.”

The future of the rotary screw is no longer limited by manufacturing capabilities. Today’s computing technology can calculate the mathematical models needed for various rotor profiles, and advanced manufacturing can prototype the various combinations and, eventually, manufacture on a larger scale.

Alf Lysholm likely would have enjoyed this era of compressor development very much!

As the American radio commentator Paul Harvey would say:

And now you know…the rest of the story.