Compressors - Made for Play, Too 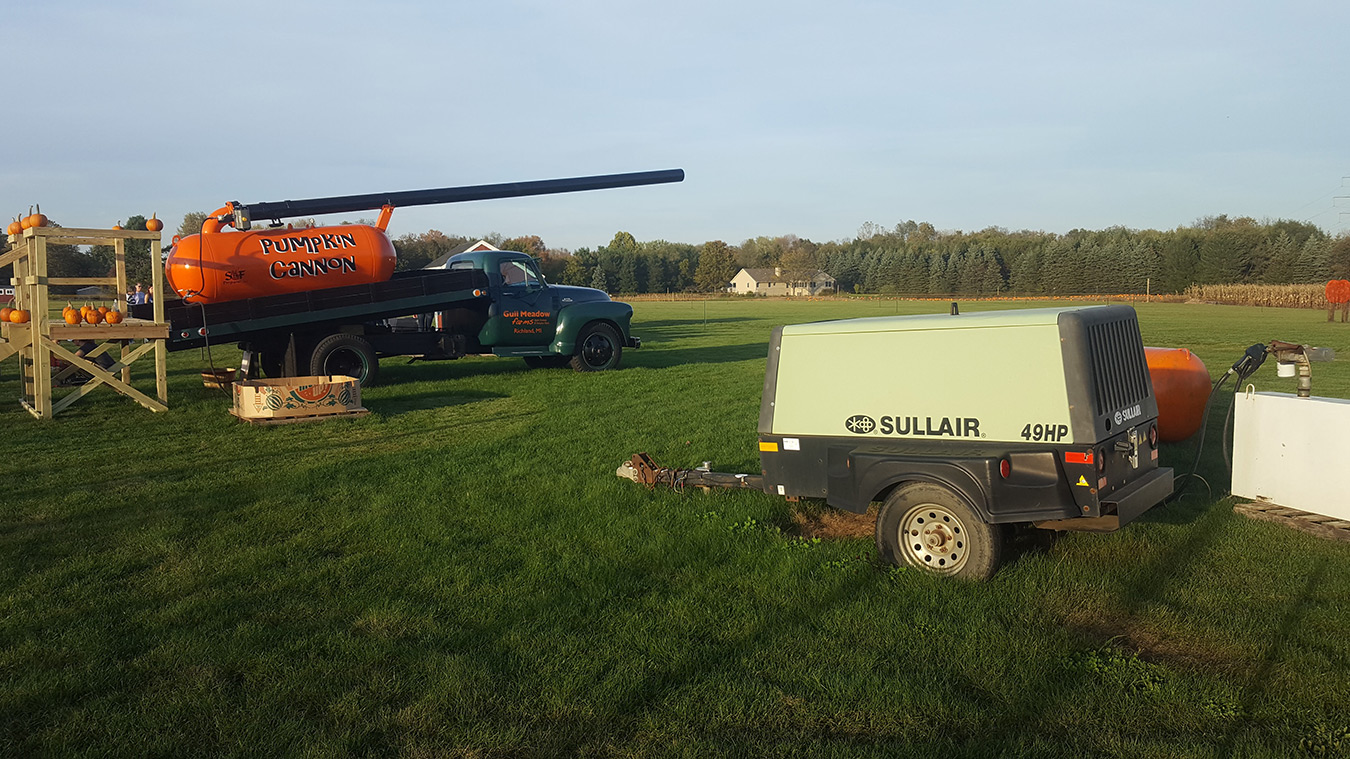 All work and no play make a dull boy.

The same can be said of air compressors, too. While we speak often of the role of compressors in use for manufacturing or construction, the mighty compressor is a key component in fun and games, too!

Here are a few fun applications of air compressors:

If you’ve been to an amusement park lately, you’ve been around compressors contributing to the fun! Applications for compressed air can be found all around the park. Here are a few highlights:

Waiting in line, the excitement and anticipation builds! Before you know it, you’re next in line to board your favorite coaster. The gates open and…

That gate which kept you back while the previous coaster left – and now opens to let you on – is most often air powered. Like many applications, safety is a key aspect of air compressor use. When the previous coaster train approaches the station and you hear the hiss of air – yep, air brakes. Climb in the car and most coasters which use an over the shoulder safety restraint use air to release the harness safely.

And while there are many means to propel a coaster starting its journey – including magnets and chains – air is also used to launch coasters.

For those who prefer theme rides instead, compressed air still plays a vital role. Motion, wind and other effects all rely heavily on actuators powered by compressed air.

The American comedian Gallagher is known for smashing items like watermelons and pumpkins with a giant sledgehammer. But how much more fun would it be to shoot those items out of a big cannon?

That’s where air cannons come in. All over the country you can find examples of air cannons used to hurl items either for distance or aimed at specific targets.

Using air cannons to shoot pumpkins isn’t just fun, it’s competition! Established in 1986, Punkin Chunkin has served as the World Championship of, well, flying pumpkins! On a semi-regular basis, competitors gather to see who can send a pumpkin flying the furthest. While Punkin Chunkin participants can use a variety of methods to launch pumpkins (human-powered; trebuchet; centrifugal, etc.) the air-powered contraptions are the most fun for compressor people. A glance at the website shows the Punkin Chunkin record is 4,694 feet – about 9/10ths of a mile- by an air-powered cannon, American Chunker, Inc.

No, not the kind when you’re mad at your iPhone. We’re talking high-velocity apples coming out a barrel! Many farms and apple orchards offer visitors the chance to shoot apples (typically bad apples) at targets located across a field. For a few dollars, you can take your shot with high-powered fruit – driven by compressed air!

If you have young kids (or grandkids) you may have taken them to the mall to build their own stuffed animal. Many birthday parties have found their way to these stores and kiosks. For a small price, you can pick your own outer covering and then the magic begins. At most of these locations, you hold the covering up to a small pipe, then press a foot pedal as stuffing begins to fill the animal. What you may not realize is that foot pedal is activating an air compressor which serves two primary purposes – fluffing and stuffing!

This fun application was previously covered in the blog post Compressed Air In Snowmaking. A little fun fact is looking at the differences between North American ski resorts in the West (such as the Rocky Mountain locations) and the East (Blue Ridge and Appalachian Mountains). It is fairly common for resorts in the west to mention they have snowmaking capabilities. In the east it sometimes appears to be a competition – who has more guns? For example, articles in the Charleston Gazette-Mail and Pittsburgh Post-Gazette respectively note Snowshoe Mountain (WV) and Seven Springs (PA) both have at least 1,000 snow guns – and 50+ miles of piping!

And one of our favorites – fountains. If you’ve seen a fantastic water show at places like the Bellagio in Las Vegas or the Burj Dubai in the United Arab Emirates, you’ve seen compressors in action. A recap may be found in The Fountain: Where Air and Water Meet.

So while you’re enjoying a roller coaster ride, or shooting an apple cannon, or watching the fountain show – you know where to find me.

I’ll be peeking behind the door to see whose compressor is being used to power the fun. Hopefully it’s a green one!

Unless otherwise noted, all applications referenced previously utilize air compressors. Sullair makes no representation our units are used in these specific examples. 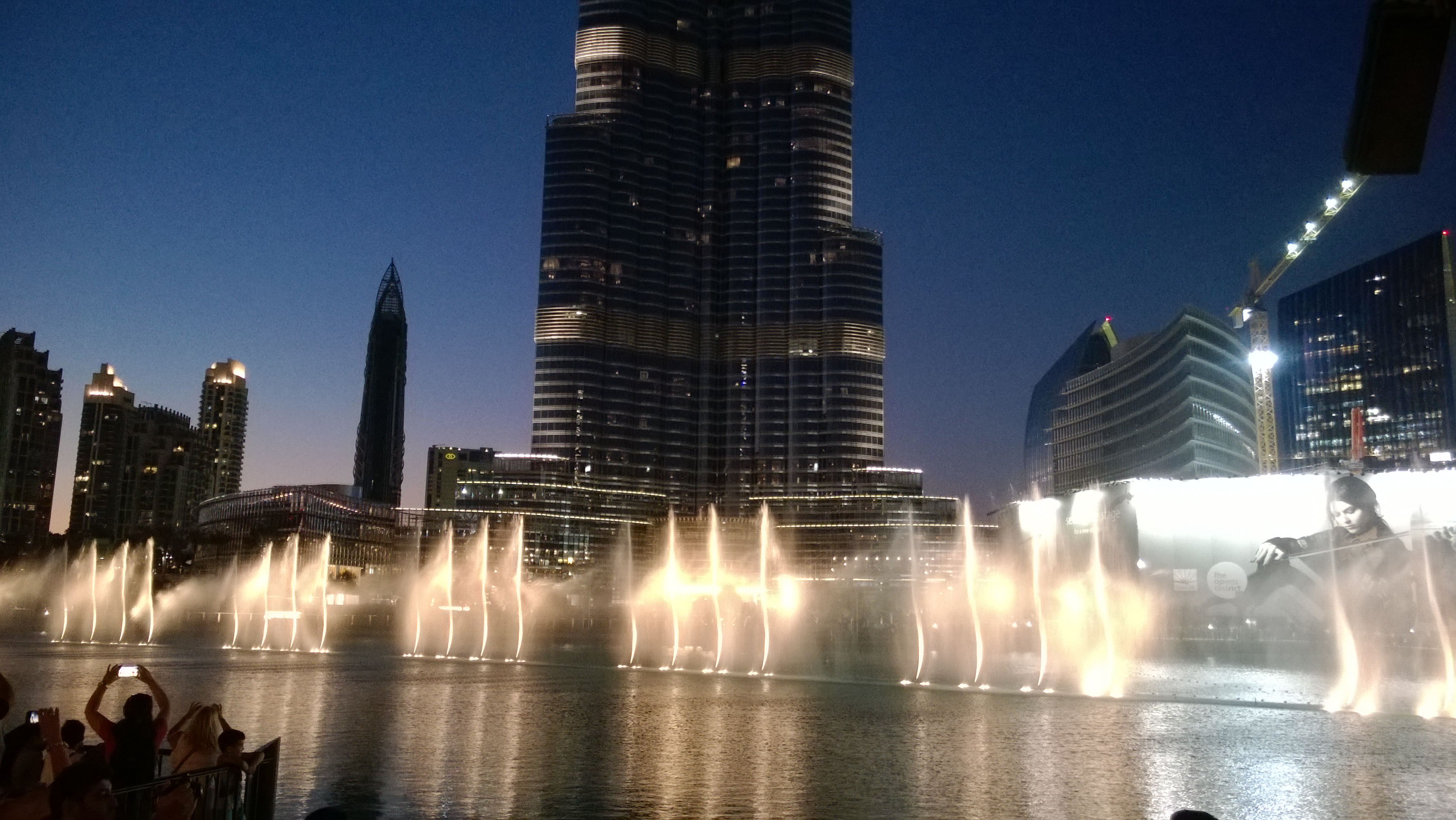 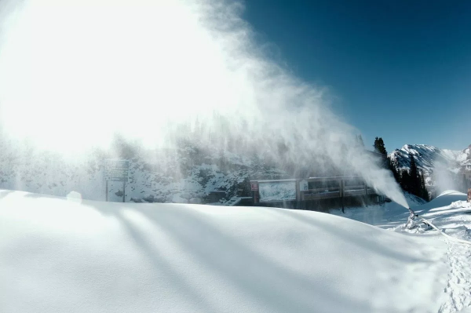 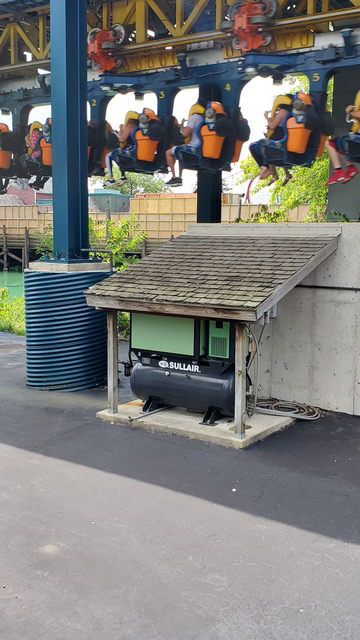